The staff at Gibson Discount Pharmacy welcomes you. Along with offering quality, discount prescriptions and over-the-counter medications to keep you healthy, we also deliver outstanding service with a smile.

David Smith graduated from Seagoville High School in 1972. He decided to follow in his father’s footsteps and become a pharmacist. He received his Bachelor of Science from the University of Houston in 1977 and began his career at Gibson Discount Pharmacy in Seagoville. He has proudly served his hometown for many years and received the “Outstanding Man of the Year” award in 2000, as his father did 35 years earlier!

Ralph Naumann is our pharmacist in charge. He was raised in Beaumont, Texas. Ralph graduated from Forest Park High School and received his Bachelor of Science from the University of Texas in Austin in 1978. He owned and operated his own pharmacy in Rockwall, Texas, from 1979 to 1994 and then worked as an on-call pharmacist for a nursing home. In 2001, Ralph came to Gibson Discount Pharmacy as a relief pharmacist for David Smith, and he has since been a tremendous asset.

Darla Shlensky is a relief pharmacist. She graduated from Del City High School in Del City, Oklahoma, and received her Bachelor of Science from the University of Oklahoma School of Pharmacy in 1975.

Trenda is our lead technician and pharmacy manager. She grew up in Seagoville and has been a member of the Gibson Discount Pharmacy team since 1995. She received her pharmacy technician certification in 1999 and was registered by the Texas State Board of Pharmacy in 2004. Trenda is passionate about her job and eager to help customers with any issues they may have.

Courtney was raised in Seagoville and graduated from Seagoville High School in 2012. She joined the Gibson Discount Pharmacy team in February 2014. She completed her pharmacy technician training, and as of April 2017, she is a certified pharmacy technician. Courtney is happy to answer any questions you may have.

Tammy started working at Gibson Discount Pharmacy in September 2001. She works the front counter and is one of the first faces you see when you come in the door. If by some chance you do not find what you need, Tammy will be happy to get it for you. 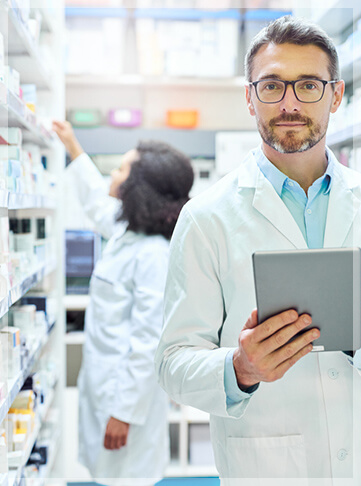